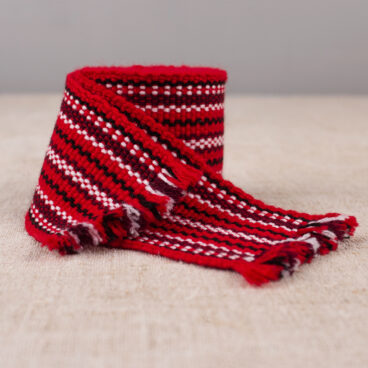 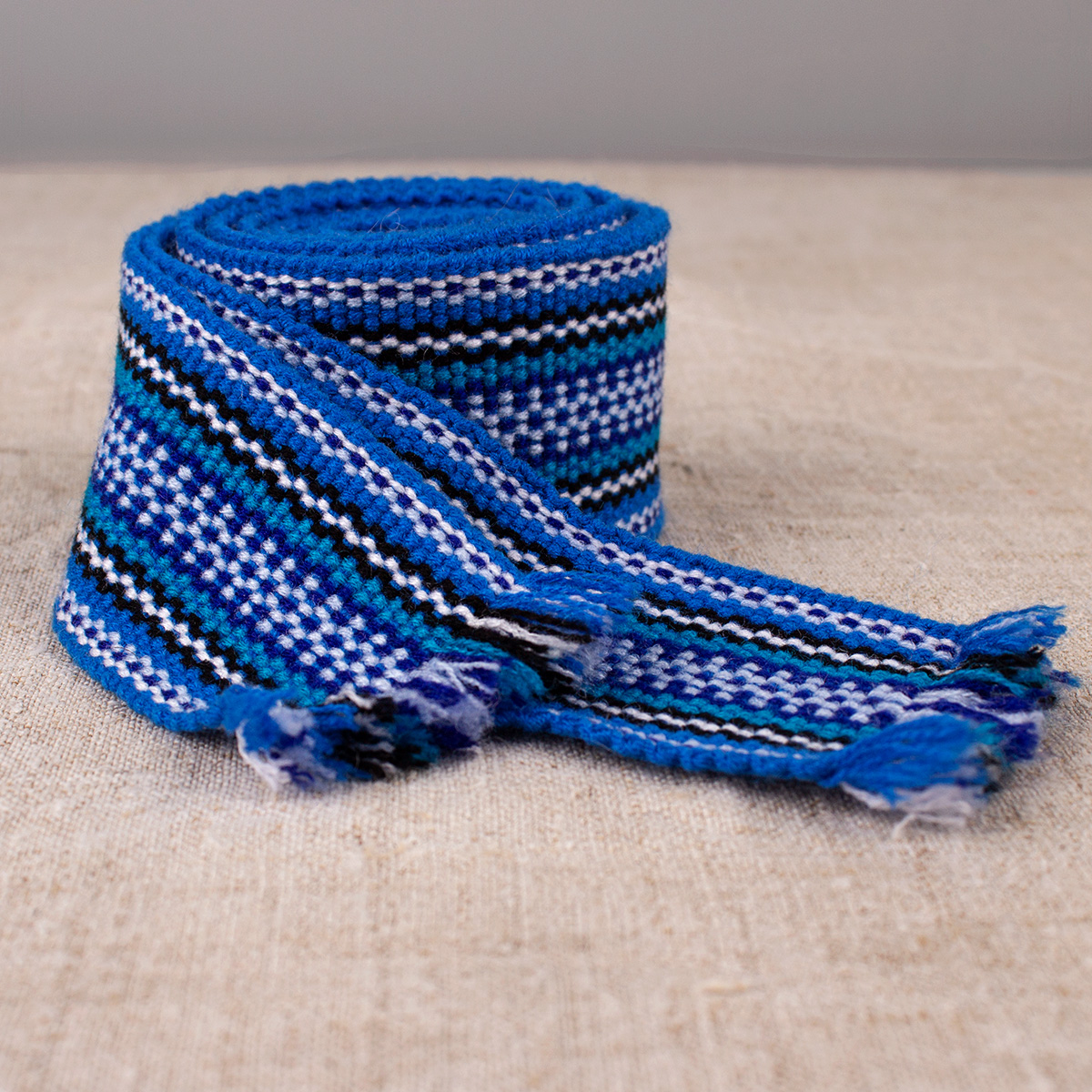 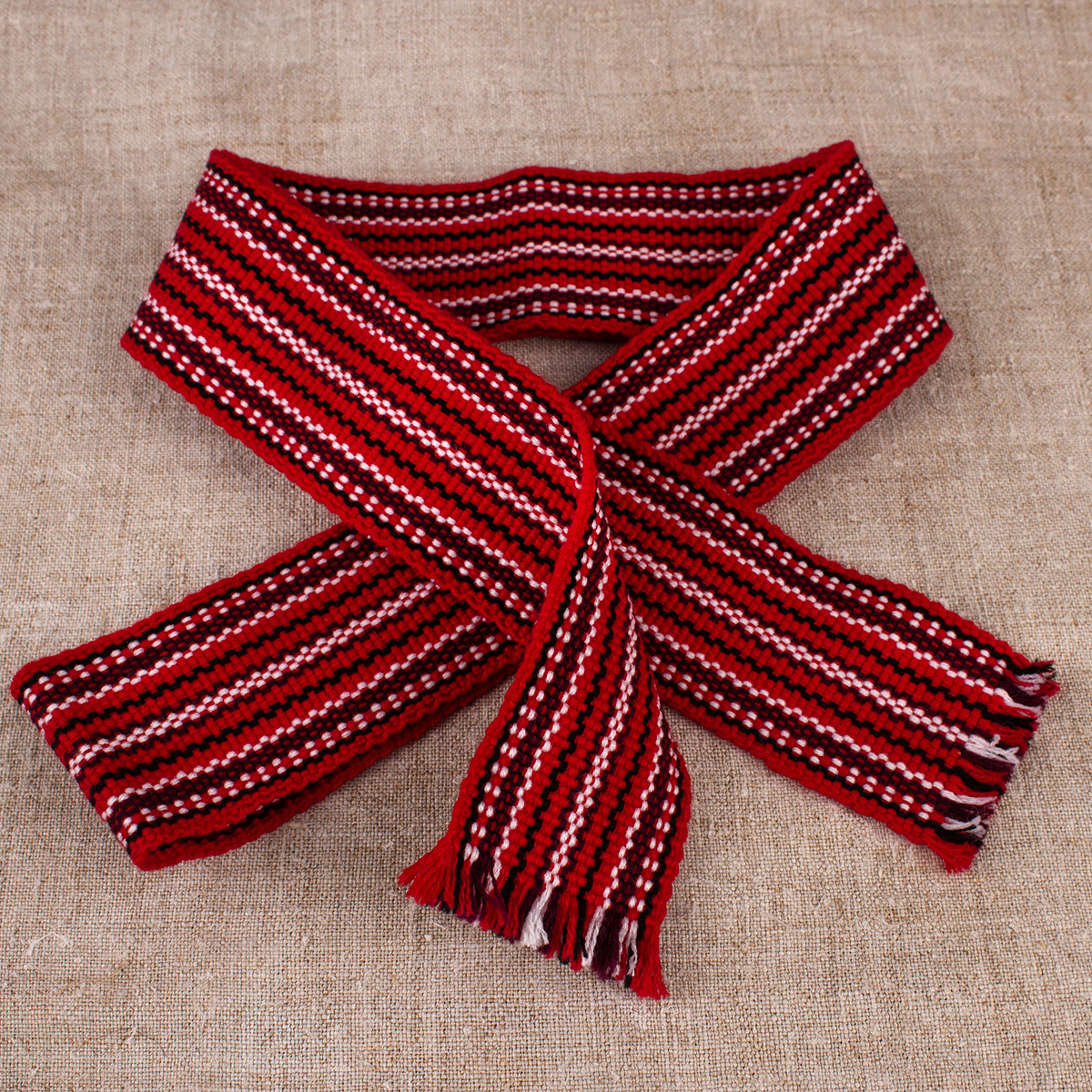 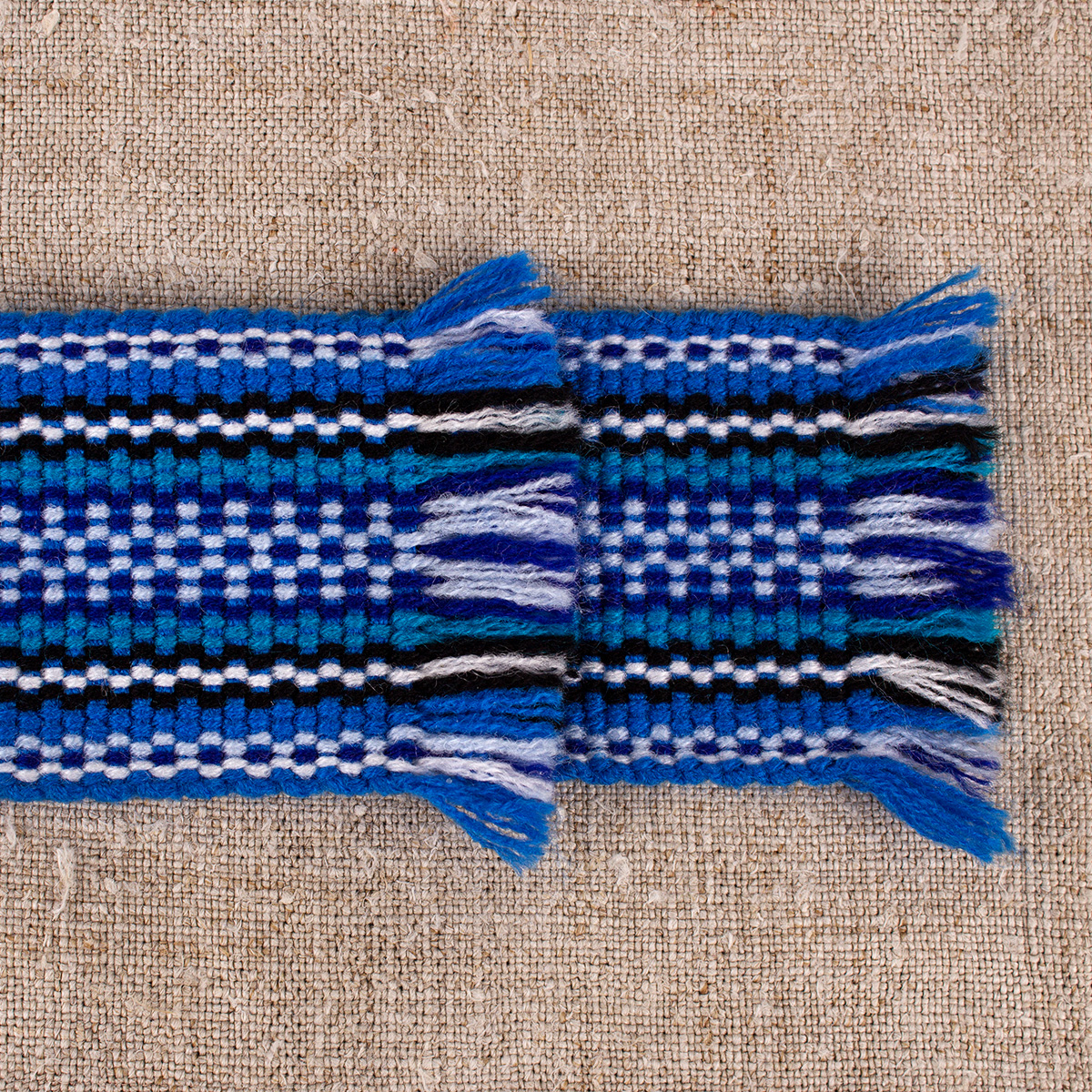 Craftsmen from Verkhovyna (Ivano-Frankivsk region, Ukraine) still make these ethnic belts. Such belts could be woven or braided from silk, woolen either cotton threads. Women’s belts were from 2 to 7 cm wide, men’s – from 5 to 20, but there are regional features.

In the folk costume of the late XIX – early XX centuries belts performed various functions. With their help, waist-length outerwear was secured and covered; they protected and tightened the abdominal muscles during heavy physical labor; they kept various everyday objects on them; finally, they were a kind of mascots and ornaments.

From ancient times, many peoples had a sacred meaning of a belt, associated with the idea of perfection, infinity, and at the same time integrity.

The edges of the product are untreated. You choose the color of a belt in the order.