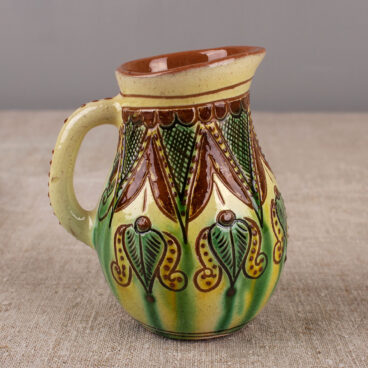 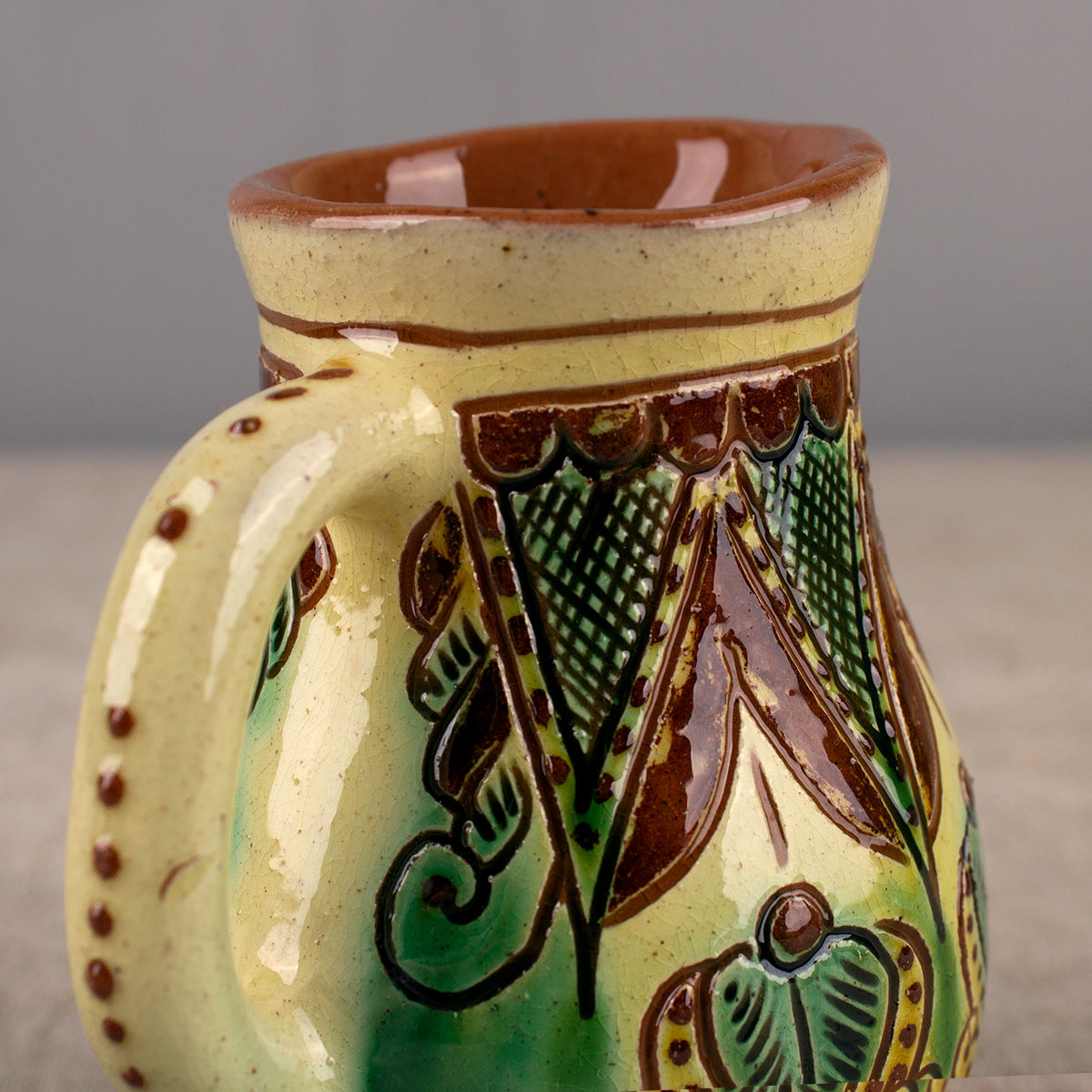 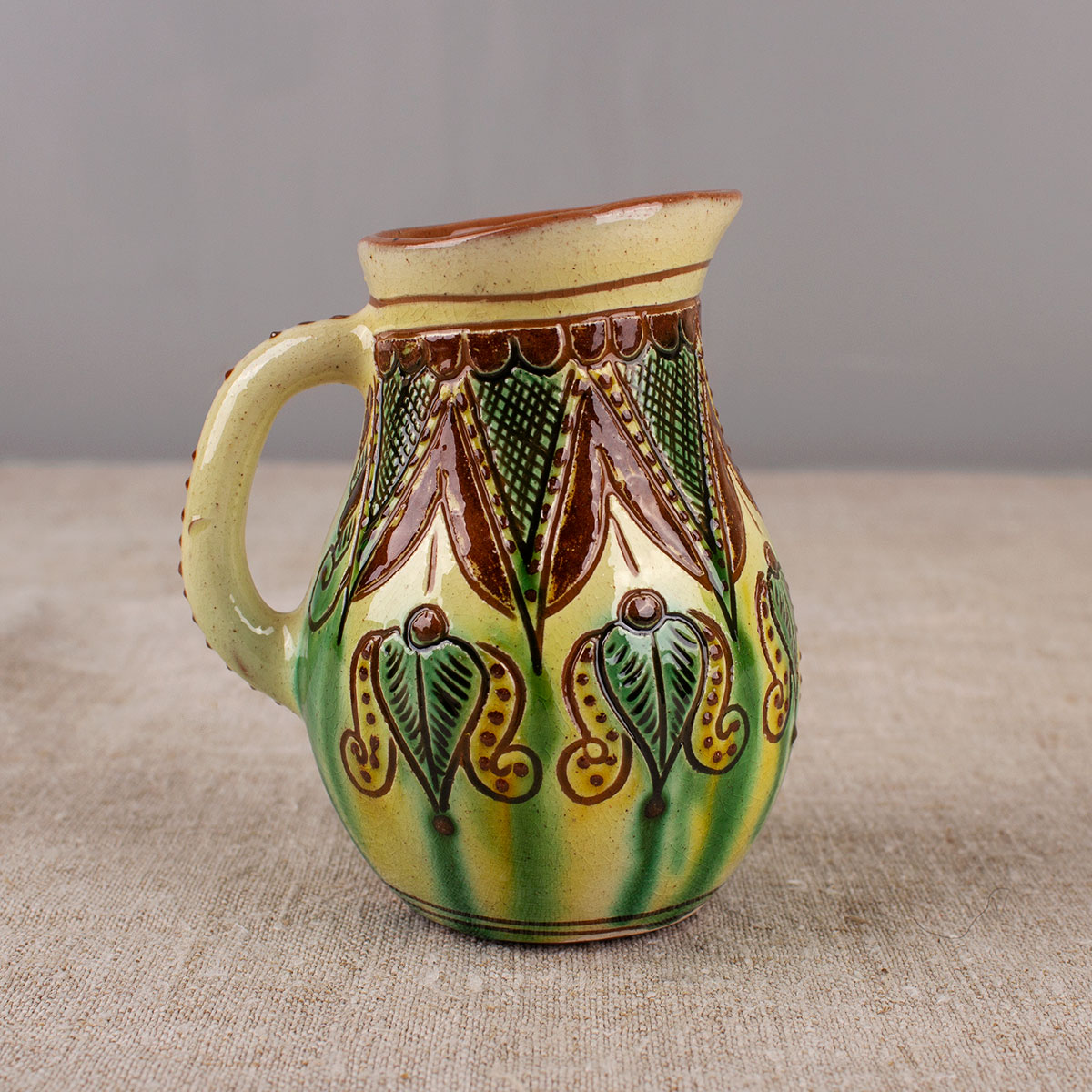 This Milk Jug is made in the style and technique of Kosiv hand-painted pottery, which was known from 15 century. Kosiv is a city in Ivano-Frankivsk region (Ukraine).

Reflection of the life of Hutsuls, their beliefs and traditional way of life.

The peculiarity of the technique is that the product was covered with a thin layer of white clay, then dried and engraved with the contour of the ornament, and burned for the first time. Due to this, the gray clay is visible on a white background, forming a graphic pattern. After that, the item was painted with paints of yellow and green colors, covered with watering, and fired a second time.

On December 13, 2019, Kosiv hand-painted pottery was included in the UNESCO Representative List of the 𝗜𝗻𝘁𝗮𝗻𝗴𝗶𝗯𝗹𝗲 𝗖𝘂𝗹𝘁𝘂𝗿𝗮𝗹 𝗛𝗲𝗿𝗶𝘁𝗮𝗴𝗲 𝗼𝗳 𝗛𝘂𝗺𝗮𝗻𝗶𝘁𝘆. This technique is 𝘂𝗻𝗶𝗾𝘂𝗲 in the world.

This jug could also be used as a gravy boat.